A anime board, mainly focusing on the best Japanese Anime out there, come and discuss anime, Japan, and video games!

You are not connected. Please login or register
2 posters 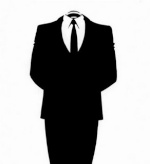 Reviewing Mario Party 8 today. I remember Mario party all the way back to the second one. It the traditional Wii Minigame - Game but with a better reputation, So, lets get started shall we?

:/ Okay, lets try this: Mario and his friends are once again trying to defeat bowser by playing board games, collecting stars, annnnddd... *runs into brick wall* Nope, cant do it that way. Its a party game, its like trying to put a story line to Wii Sports :s So, you pick your characters, roll the dice and try to get more stars then the other players. Its simple, and in its own roots. Correct me if I am wrong, but dont we hate on enough games now a days for changing too much? and there is something about a carnival... or something... but at least it feels like it fits together.

Its a Wii Game, it had better be fun. Most of the minigames are fun. I am going to shave a few points off of this section because of the wii-mote. It just generally messes up whenever it feels you are doing to well. The actual gameplay is Good, with the focus of each level to roll a dice. There was an introduction of candy that you can collect and use to your advantage. When you get a star, the little cinimatic is kinda annoying, but i am just nitpicking. Overall, there is an overall feeling of fun that can be enjoyed by all ages.

The bgm in this music is happy, spirited, and diverse between levels. Whether the characters were actually recorded for this game, or just ripped from one of the other billion games is hard to tell. (personally, i believe the latter) But, all the characters are voiced correctly.

Ah Graphics, the one department the wii lack in the most. The graphics for mario party are okay. Not really a step up from gamecube, but still functional none the less. No Stray limbs of characters going through objects, or disappearing parts. There are some parts that could have been done better. Such as, there is a candy that will turn you into a bullet (like bullet bill) but all the designers did was take the bottom of your character and make it into a tube. This looks strange on most characters, but on characters like Hammer Bro and Yoshi, it looks pretty bad. All together, Nothing special and somethings could have been done much better.

The Special For this game will be characters. You have all of the classic characters: Mario Luigi Peach Daisy Yoshi ect. And they add the touch of having custom name for any two characters you pick for a team. Nice touch. But what did tick me off is that you cant pick the same character twice. What if I wanted to play as the Hammer Bros? I also dont like the addition of characters who aren't really in the story's. This means that Waluigi and Daisy have to go. And why is there only one toad? Didn't we save like eight of those things in the first Mario games when they tell us she is in a different castle? It seems like everyone is under the impression that there is only one. Like Yoshi. Yoshi's and Toad's are single beings, they are species. Also, they have a boned Koopa but not a spikey, what is this?

Overall this game gets a 7 out of 10. If you are a Social Wii Owner (Why would you own a wii if you weren't? [oh right! exclusive titles >.>]) Then pick this up, its great for time killing, or drunken grudge matches. If you have a wii for single player games, you could do alot worse then this, but go pick up metroid or something.
HidetoTakari99X 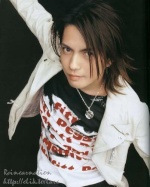 Great review (this is Greg by the way). I was thinking about reviewing this game on my forum site because I was just looking through my Wii games for things to review, I like your review system too, it's the same one I'd always use on sites like Gamespot and IGN. Well, about the same, give or take an added category. n_n
Current date/time is Thu Aug 05, 2021 2:18 am